You would have never been able to convince me that I would not only survive that time, but that I would thrive and be overwhelmed with joy every day! I was sure that I was the person beyond help. I never stopped talking to God throughout all my darkness. Although truthfully, I was more talking AT God, begging for healing, sleep, joy, feelings of motherhood, etc. And then praying that God would take care of my family after I was gone; and not in the way most people think, such as, “please give them peace at my passing and comfort them in their grief”. No, my prayers were more to “please don’t let them remember this version of me when I am gone. Please don’t let the burden of who I have become forever affect them. Thank you that they will finally be free of me.” Truly, when a person has found peace in ending their life, it is because you really believe that your family will be better off without you; that you are nothing more than a burden; that you are dragging them down and causing misery; that they deserve something better than what you have created and caused. And so, I prayed that they would finally be free. I also prayed forgiveness and asked God “to please still accept me into His Kingdom”. I knew suicide wasn’t biblical. But I also could no longer endure any more pain. I needed it to stop. And truthfully, in my worst moments, I was terrified that even death wouldn’t stop the pain; I was terrified that eternity would look the same as my life did; that there was no actual escape from the pain. Talk about hopeless! Eternal hopelessness. That though drove me to panic attacks repeatedly, and, if I am not careful, can still do so (the lies of the enemy are sneaky).

But, God. Always. A relational God, at that. And that is something I never knew. I didn’t grow up in a religion that believed that. I didn’t grow up believing I was worthy to God, that He desired to fellowship with me, and that He was always with me. These were things I came to learn when Gabe and I returned to church in spring 2018. I thought I had a fairly good understanding on it when we were baptized 11/11/18. But I truly had no idea. I could talk about it from a Biblical standpoint, but not from somebody living their life that way. And it wasn’t until 12 days into my inpatient stay that I was completely undone by God’s presence and yearning for me to hear Him. It was at that moment I knew everything was going to be okay. Even if treatment didn’t get approved. Even if I still had to battle my mind and the darkness. Even if prayers weren’t answered in a way I recognized. Everything would be just fine. And this is what saved my life. This is what kept me holding on to allow treatment to work. This is what gave me faith that treatment would be approved. And when they said it was not, to continue believing that God was working something out. I just knew. Without any doubt whatsoever. I wasn’t alone. God was fighting with me. And that changes everything.

If we are thrown into the blazing furnace, the God whom we serve is able to save us. He will rescue us from your power, Your Majesty. But EVEN IF he doesn’t, we want to make it clear to you, Your Majesty, that we will never serve your gods or worship the gold statue you have set up. 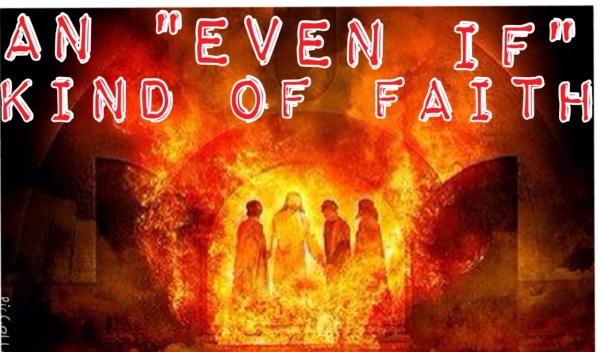 2 thoughts on “Two Years: Signing Myself into a Psychiatric Unit”

Scroll back to top